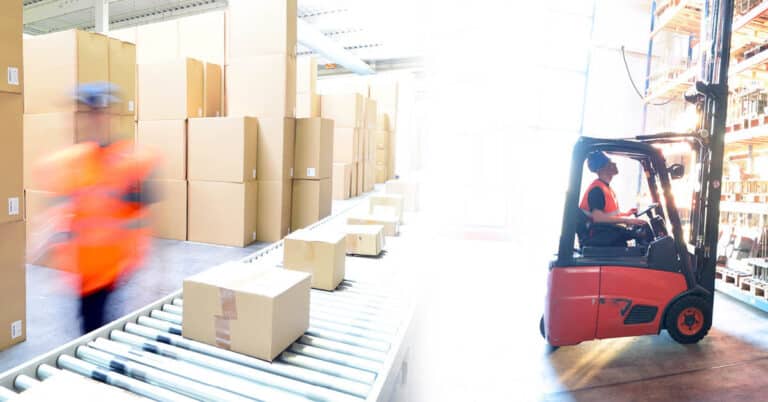 Labor Is the challenge!

State of the Warehouse

As we emerge from the Covid driven economy, the rapid growth of eCommerce coupled with low unemployment has put pressure on the supply chain and logistics, particularly in the distribution center where labor continues to be a critical component of the business for many retail, wholesale, and manufacturing firms. Labor is the challenge and distribution center managers are running operations in an increasingly competitive environment where the drive to increase profitability must be managed with the need to meet customer expectations in this new eCommerce and click and mortar world.

Fast, free shipping, increased transportation costs, and the imperative to manage multiple and creative customer fulfillment channels, further drive the need to find workers and manage labor costs efficiently. DC managers are challenged with finding and training qualified employees from an ever-shrinking pool of unemployed workers. The large population of baby boomers is aging and moving into retirement, causing a smaller pool of available people for the DC and putting upward pressure on the wages for these jobs. In some areas of the United States, turnover in the warehouse is running at 38% every six months due to warehouse workers moving to other locations offering slightly better hourly rates. If that pressure isn’t enough, new minimum wage laws in several states well as the projected growth of healthcare costs contribute to the DC’s need to create a plan to maximize worker productivity now and moving into the future.

In a recent survey of Warehouse and Distribution Center Operations professionals, the top issue for 55% of the respondents was the “inability to attract and retain a qualified hourly workforce”. The WERC also found similar survey results, as a surprising two-thirds of the warehouse managers they surveyed cited the people in their operations as the top priority.

While the pool of qualified candidates working in the DC is shrinking due to retirement and high employment, the demand for them is increasing. For many, retail, wholesale, and manufacturing operations require an evolution in tools and processes. As the need is now, the analysis and deployment of agile and flexible streamlining solutions are more appropriate strategies than a major overhaul to operations. For financial as well as other considerations, a wholesale move to 100% robotic operation is not a realistic prospect for many firms. Evolving existing processes and edge-based technology solutions to support near-term goals of profitability and customer service fit current time-sensitive needs. Optimizing productivity supports increased order cycle times and reduces cost-of-goods, as more productive work can be accomplished by the same team.

What type of impact can voice enabling applications have for an organization? A manufacturer and retail firm implemented the AccuSpeechMobile edge-based voice technology to assist with the growing proportion of eCommerce sales-driving an increase in loose picking orders. After deploying voice picking, the organization realized a 22.6% increase in picking productivity. Prior to deploying voice automation, operations needed six fully staffed kiosks to handle error returns. After voice was installed, the error rates were reduced to 0.5% and only one return kiosk was needed for part of a day. The people working the kiosks were able to move to other warehouse operations areas.

A large manufacturing and retail organization operating in many countries around the world implemented AccuSpeechMobile for voice picking. One of the goals of the project was to improve productivity in various DC operations globally. The project was initially developed and tested in the U.S and subsequently deployed at DC’s around the world in other languages such as Russian, Greek, and Thai, all on the mobile device. Another customer of AccuSpeechMobile has DC operations located in Southern California where the percentage of people who speak another language at home is close to 40%. For this client, AccuSpeechMobile incorporated Spanish versions of the English words for ease of interacting with the system. Warehouse workers can speak “Ready” or “Listo” for instance or “Si” or “Yes” for voice prompts. This customer also deployed multiple language capabilities on their devices, with users choosing which language they preferred upon login. Adding tailored help information in Spanish also helps with new worker ramp-up and for seasonal employees.

Although the labor shortage for the DC is expected to continue for the next several years, flexible and cost-effective solutions to voice-enable warehouse operations exist today. Embracing these innovative edge-based voice solutions will allow retailers, manufacturers, wholesalers to gain the benefits of improved productivity and reduced errors quickly and on budget. The evolution of operations is often the most available route for many organizations to future improvements and adding voice technology embraces and extends what has already been optimized in the warehouse, rather than ripping out and replacing technology and the capital expense associated with wholesale changes. Voice enabling warehouse operations can positively impact the labor crunch in the DC at a time when it’s needed the most.