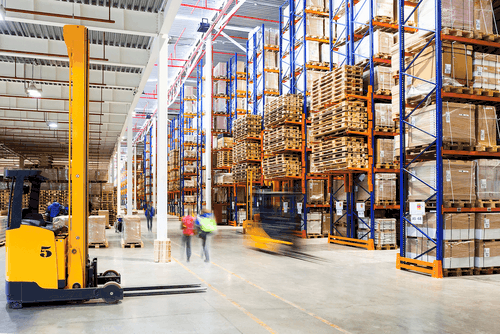 Voice in the Warehouse for Picking & More

Using Mobile Voice Interfaces throughout the Warehouse and across the Enterprise

For decades now, voice in the warehouse has been tightly coupled to inventory picking. Picking was the first application embedded with voice because of the density and repetition of picking every day in every warehouse in the world. According to Wikipedia, “The first incarnations of voice directed warehousing were implemented in distribution centers in the early 1990s. Since then, voice has changed dramatically. Most notably, the technology was originally limited to picking, whereas now all warehouse functions (picking, receiving/put-away, replenishment, shipping) can be coordinated by voice systems. As these processes move from being paper-centric, to RF-centric (barcode scanning) and now voice-centric. For some, voice has become the starting point for re-engineering warehouse processes and systems, rather than an after-thought”.

Traditional, legacy, server based, proprietary voice picking has been leading the headlines for years. While this legacy technology has provided some benefits for primarily very large corporations, many warehouse and DC’s have never achieved a positive ROI due to a number of factors. For these traditional legacy voice implementations, the high cost of implementation, additional WMS software modules and integration, the significant yearly maintenance fees as well as the high change management costs dampened the positive benefits. Many companies looked closely at the traditional legacy voice solutions where “rip and replace” is the price of adding voice and concluded that the cost-benefit analysis just didn’t make sense to voice automate their picking applications. Not only did these organizations choose to forego voice for their picking applications, as a result, they also decided that it made absolutely no sense to explore adding voice to other applications, because the costs were likely too high for less impactful workflows.

When voice directed picking was first pioneered in the late 1990’s, the application was primarily standard piece pick and case pick. Today, our customers have voice enabled many different types of picking applications, including merge packing, pick and pack, piece pick, pallet pick, case, pick, cluster picking, batch pick, eCommerce picking and others. There is no question that picking and moving goods is the heartbeat of every manufacturer, retailer and 3PL, so when it comes to improving productivity, workflows and error reduction, there is a high probability that voice will have a significant impact on these applications when used properly and integrated with the EXISTING workflows and processes. The challenge in the past with the traditional legacy voice systems has always been the high cost, lengthy time implementation and the extensive training on an entirely new process and technology that left most companies on the sidelines. In reality, when you deliver a solution to the warehouse or distribution center, you are doing heart surgery on their operations. This cannot be long and drawn out, it needs to be fast, effective and inclusive of all the knowledge of the warehouse team, management, executives and the hard-working folks at the point of action. This strategy only works if the technology can take advantage of this rich set of intellectual knowledge and expertise.

By decentralizing voice technology in the warehouse (device based, not server based), companies can view voice in an entirely new way, utilizing voice to enhance a variety of applications and operations capacities. Now that voice technology can be completely integrated with existing applications and can be deployed in just weeks, without interrupting server WMS activity, many more mission critical applications can be voice enabled, including applications such as cross docking, cycle count, replenishment, shipping, receiving, put away, audit receiving and others. While many of our customers have begun the Voice enabling with the picking applications, the strong positive ROI from those projects is easily extrapolated to the ROI possible for other functions within the supply chain. While the risk goes down significantly, and the cost is so much lower compared to the traditional legacy server-based solutions, WMS technology, using voice as a data input alternative, offers an ROI for supplemental applications that is now attainable. Voice enablement in the warehouse or DC for a wide range of applications becomes more acceptable due to the excellent results from voicing the critical picking applications. Voice can now be considered an add-on productivity enhancer instead of critical mass resource drain.

Voice for Picking & Beyond

The benefits originally derived from adding voice to the picking applications such as reduced error rates, increased productivity and increased worker satisfaction can also be realized for other warehouse and DC applications such as cross docking, cycle count, shipping and replenishment. Modern, voice technology is a tool that supply chain professionals can consider when looking at key technology investments that WILL deliver positive ROI. Our customers depend on it.